Our liner agency business provides an extensive range of services. Our highly experienced staff assist shipping line operators by streamlining harbour operations. We also have an informed, proactive sales and marketing strategy, in addition to accurate paperwork and reliable accounts.

Our procedures are supported by a custom-built IT system with an Electronic Data Interchange (EDI) service for easy tracking of all operations. 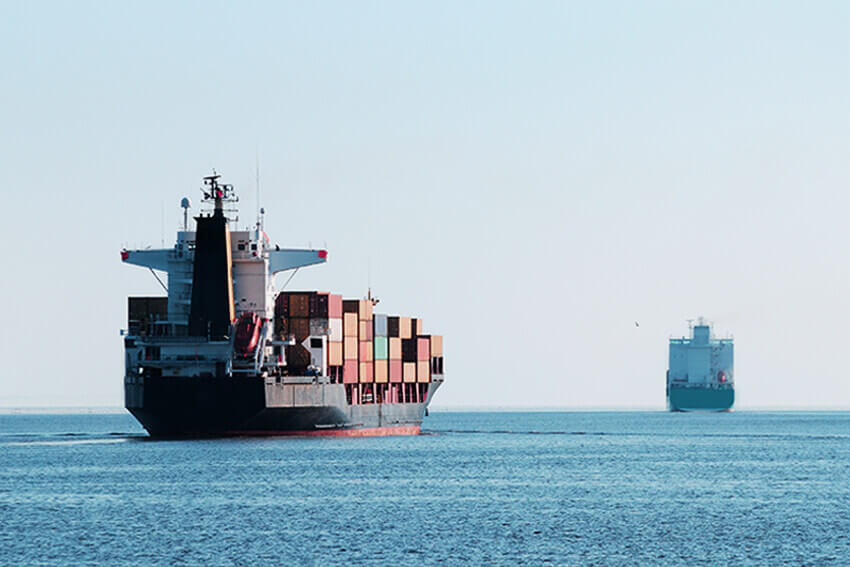 To find out more about this business, please visit our new website: liner.cosulich.com

We have more to tell about us, keep in touch daily thanks to our Linkedin page:

Thanks for getting in touch with us.
Just fill in the form and tell us what you want: we'll get back to you as soon as possible.

The Arkas business was founded in 1902 by Gabriel J.B. Arcas and is currently under the management of Lucien Arkas and his daughter and son, Diane and Bernard. Lucien Arkas has contributed enormously to the development of the corporate group transforming it into a logistics empire in Turkey, with diversified assets ranging from ship operations to maritime agency services, from port operations to logistics services that include land, rail and others. Today, the Arkas Company's fleet covers almost every port in the Mediterranean and the Black Sea with their line services. In 1996, EMES Shipping and Transport S.A. was established in order to offer the country market its first container shipping line under the Turkish flag. On the 1st of January 2010 the company's name was changed to Arkas Container Transport S.A. and continues to provide services under the name "Arkas Line".

The Arkas Line container fleet has 130.864 TEUS capacity and various types (open top, high cube, flatrack, pallet wide and reefers), all of which are used on a regular service between ports of the Mediterranean, West Africa and The Black Sea with its fleet of 41 vessels which includes 32 vessels belonging to Arkas.

On 15th of January 2011 the managerial and commercial collaboration between Arkas Line and Fratelli Cosulich started and since then has manifested itself primarily in the commercial development of Arkas' shipowning activities in Italy with the launching of new line services from Italian ports to new destinations in the Mediterranean Sea.

The Borchard Group of Companies is one of the oldest established liner shipping companies. It has been operating since 1933 whilst its origin as ship-owners goes back to the 19th century.

All lines are managed with an emphasis on reliability, regularity and added value combined with a high degree of personal service. As part of the drive to excel in these goals and meet market demands, Borchard set upon a course of controlled expansion, replacing the vessels operated on each service with larger and faster vessels to meet market demands without jeopardizing reliability. Borchard have taken steps to ensure its long term future through a prudent selection of vessel providers and investments in equipment, IT and emissions abatement technology.

The Compagnie Tunisienne de Navigation was founded on 7th of March 1959 with the aim of transforming its fleet into an effective tool, able to support the economic development of Tunisia. First objective: to set up regular lines between Tunisia and its main trading partners.

In recent years, due to the general evolution of the maritime world, the CTN has gradually sold its old ships, to be able to renew its Mediterranean fleet with the commissioning of two large rollers of 18,000 gross tonnages, with the aim of ensuring a safe and punctual line service. In fact, in 1997, CTN launched an action program to become one the best shipowners in the Mediterranean and, thanks to its modern fleet, the quality of the services offered and their regularity, one can say they have met their challenge. Fratelli Cosulich has been a container booking agent since 2004, handling the purchase and container management on the RO-RO company ships on the route Genoa - Tunis Rades Port.

China Cosco Shipping Group ranks as the third largest shipping company in the world. Its fleet consists of 1114 ships with a capacity of 90 million Teus and 46 container terminals. The philosophy at China Cosco Shipping advocates the globalisation of the Chinese economy developing professionalism and expertise in all shipping trades, ranging from shipbuilding, logistics, finance, marine equipment manufacturing, service providing and to develop the predisposition towards innovative software solutions in the industry.

The Ethiopian Shipping & Logistics Enterprise was born when the three former public enterprises who had been managing the shipping business of the country until then, merged into one enterprise. The purpose of uniting them is to offer importers, exporters and investors, simpler and more affordable procedures. ESLSE's main objectives are to guarantee efficient sea and inland transport services, to offer shipping services and intermodal transportation, to provide competitive and professional maritime and air agency services and to commit to the infrastructural development of the country by offering port and terminal services. Headquarters for ESLSE are located in Addis Ababa, Ethiopia.

The report between ESLSE and FC SpA officially started with an agency contract in 1999. Previously Fratelli Cosulich had managed the loading and unloading for them in Livorno on a spot basis. Since 1999 Fratelli Cosulich was appointed ESLSE's agent to load containers, ro-ro and merchandise goods from all Italian ports. Fratelli Cosulich is also an ESLSE agent for cargo loading in Argentina and Brazil.

Liberty Global Logistics LLC (LGL) is a multi-modal transportation and logistics company based in the United States. LLC specialises in heavy equipment and rolling stock utilising its fleet of car and truck carriers (including two modern U.S. flag vessels) and multi-purpose carriers.

Liberty Global Logistics' mission is to be a provider of superior and reliable logistical support to cargo shippers worldwide. The objective is to offer clients the highest levels of service and reliability. LGL works to offer exceptional and reliable services at competitive rates whilst meeting all environmental, health and safety standards.

Their vision is to constantly improve its industry position as a leading transportation provider, expanding the range and operation of logistic services and marine transportation solutions they offer to cargo shippers worldwide.

In 1979 MACS launched a regular multi-purpose service from the United Kingdom and Northern Europe to South Africa, thanks to the use of two ships "Maritime Carrier" and "Durban carrier", the first generation of the MACS fleet of tween-deckers vessels.

Subsequently, thanks to the various acquisitions made, to the renewal of the fleet and collaboration agreements with other companies, MACS expands its business and today is able to provide services for conventional cargo and containers on different routes, in three continents Europe, America and Africa:

MACS wants to develop its business in Italy, conventional cargo and containers, with particular attention to the markets of Namibia, South Africa and Mozambique, making use of the commercial and logistic organization of the Fratelli Cosulich shipping agency.